We Will Continue With Dino's Recall Process Despite Lawsuit - INEC 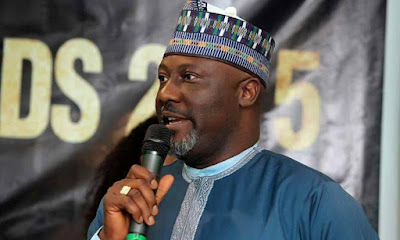 The plan of embattled Kogi Senator, Dino Melaye to stop His recall may have met a brick wall as the Independent National Electoral Commission (INEC), which received the signatories for the recall, on Wednesday, says it would continue with the exercise. According to a reliable source in the legal unit of INEC, the electoral umpire has at least three precedents to follow in dealing with the case.


"INEC would go ahead to conduct the referendum in so far as INEC is able to verify or ascertain the genuineness of the signatures. Every lawmaker that had faced the issue of recall in the past, from Plateau, Jigawa to Abia, ran to the courts but such actions never stopped the Commission from going ahead with the referendum," he said.
Meanwhile, INEC's Director in charge of Voter Education, Publicity, Civil Society and Gender Liaison, Oluwole Osaze-Uzi said the electoral body has not been dully notified so INEC would not want to react to issues it read in the media.
"We have not been served. We shall enter an appearance and defend what we have to defend (when served with the notice). But for now, we cannot start reacting to comments or statements we read in the media," he said.
You may recall that Sen.Dino Melaye had dragged INEC before a division of the Abuja Federal High Court through a suit instituted on His behalf by His counsel, Mike Ozekhome SAN

Posted by Connoisseur at 02:27