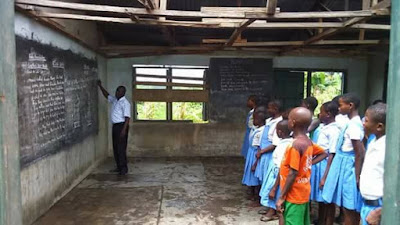 A healthy learning environment in schools is only possible when pupils, students, and teachers are provided with adequate facilities, not only related to teaching and learning, but also safe and sound infrastructure.
There is growing evidence from across the globe that the condition of school infrastructure has a strong impact on learning outcome of both pupils and students.
Undoubtedly, the learning outcome of students of public schools are below par, hence, there is greater need to address the infrastructural decay in Akwa Ibom public schools.
Annang People's school, Ikot Iyire Ukpom Abak, Abak local government area of Akwa Ibom state is one primary school built in the colonial days, and was the academic hub of Abak people since its establishment in 1949. 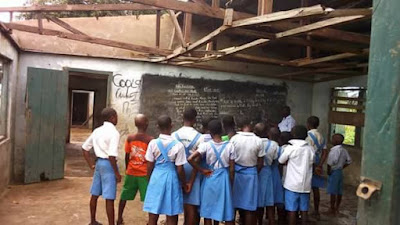 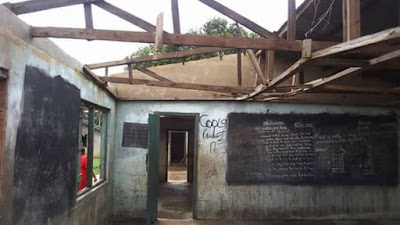 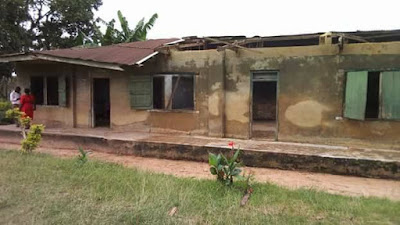 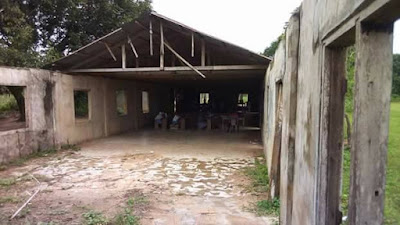 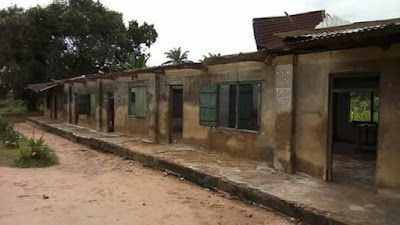 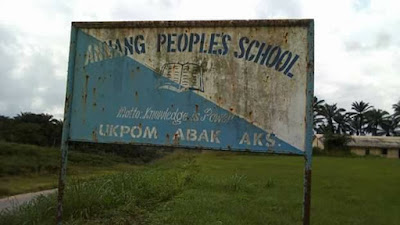 A visit to that school showed a dilapidated school building where pupils now learn in ram shackled structures without facilities for effective learning and assimilation.
Weaker structures due to aging and lack of maintenance are some of the reasons why pupils and students who patronizes such schools often involved in building collapse incidents.
Added to the decay state of the school, the pupils have been subjected to untold hardship after wind blown off the roof of their classrooms two years ago.
The situation has constituted a source of worry to the school management, pupils, and the host community at large as both teachers and pupils would desert the school premises the moment it starts raining.
It is disheartening to see a school that produced some of our political leaders in and outside the state in such condition.
The Village Head of Ikot Iyire, where the school is situated , Obong Ofonime James Akpan, recently took journalists round the dilapidated school structures, it was discovered that each classroom has two desks in form of a bench, where only six punctual pupils sits while the rest sits on bare floor despite cold.
As he took journalists round the structures, one could see that most of the school buildings have collapsed, the few ones being used as classrooms are in a very bad state with blown off roofs and cracked walls which close to caving in.
He said "during rains, teachers and pupils cannot learn due to leakages which according to him has posed a big risk to pupils in the school."
He mentioned that the state of the school affects the pupil's health and ability to assimilate during classes, reiterating that if attention is not given, it might eventually be abandoned and the name of the school forgotten.
It should be noted that the Annang People's school being one of the oldest primary schools in that area has laid a strong foundation to some of the leaders we have today in government and business world.
The school has not been part of schools renovated by any administration in the state despite the enormous inclusion of Abak indigenes in governance of the state.
It is however disheartening and disturbing to note that despite hefty allocation for infrastructural needs in schools, many schools are still running with buildings partially or critically damaged.
It is high time the government priotised this school so that the pupil can have a safe and sound learning environment where they can focus on their studies rather than cracked roofs and walls.
The state government should consider the plight of the pupil and help bring back the glory of the school by giving a total overhaul of the school's physical infrastructures.
Well meaning individuals in Abak, philanthropists and old pupil of the school should contribute their quotas in a way of providing desks, boards, perimeter fence for the school.

Posted by Connoisseur at 11:03