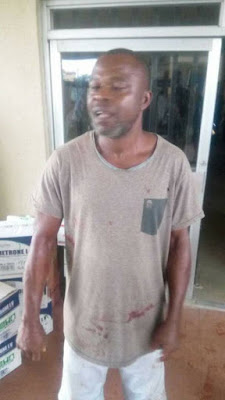 Weeks after some kidnappers held sway in some parts of the State- kidnapping, maiming and exploiting their victims without success yet about the hoodlums being nabbed, another record of successful kidnapping has been averted as the gallant troops of 2 Brigade Nigerian Army yesterday 23th June 2017 conducted a successful operation and rescued one chief Malaki of Idu, Uruan Local Government Area of Akwa Ibom State. 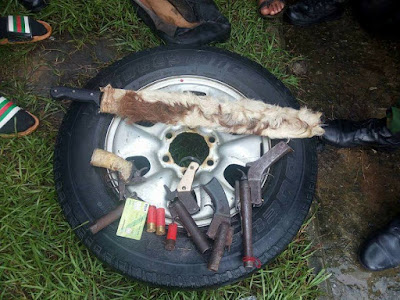 In a release signed by the Assistant Director, Public Relations, 2 Brigade Nigerian Army, Captain Umar Shuaib and made available to this reporter, it was noted that the Chief was kidnapped by a 5 - man gang of criminals at His compound at Idu, Uruan.
The troops, after a shoot - out with the hoodlums, succeeded in arresting one of the suspected kidnappers who received a gun shot wound. 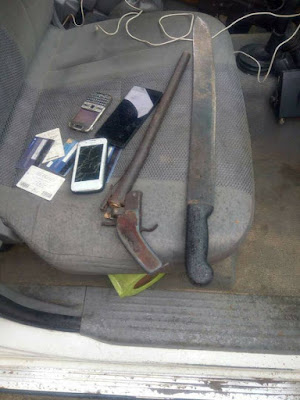 The release offers insight to the fact that both the victim and the suspected kidnapper are presently receiving medical attention at a Hospital (name withheld for security reasons).
According to the release, Items recovered from the hoodlums include: one pump action rifle, four locally made pistols, two cutlasses, three mobile phones, three pump action rifle cartridges, four ATM cards, an envelope containing some documents and one Nissan Primera Salon Car. 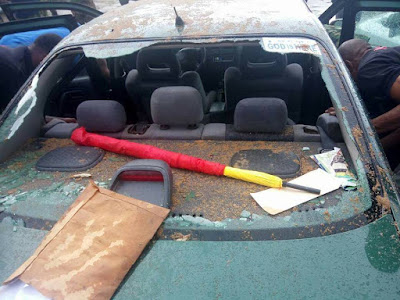 The release adds "The Commander 2 Brigade Nigerian Army, Brigadier General Abdu Ibrahim Hassan wishes to reassure and further reiterate to law-abiding citizens in the State that there is no hiding place for kidnappers in Akwa Ibom State. He further urges all Akwa Ibomites to expose all forms of criminality and their perpetrators." 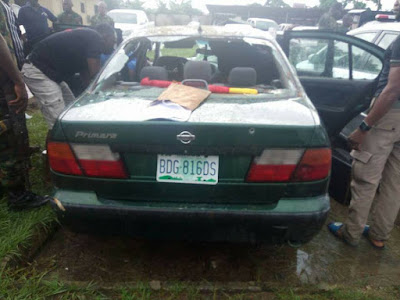 Posted by Connoisseur at 05:29