Saraki: I’m disappointed in you, AGF replies Sagay, others 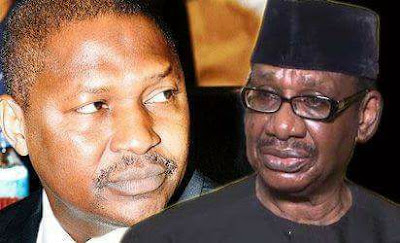 Attorney General and Minister of Justice, Abubakar Malami, SAN, yesterday took a swipe at the Professor Itse Sagay-led Presidential Advisory Committee Against Corruption, which accused him of not being upright in the anti-graft war. Sagay and some PACAC members, including Professor Femi Odekunle, all condemned the AGF, accusing him of not effectively prosecuting the Muhammadu Buhari anti-corruption war.