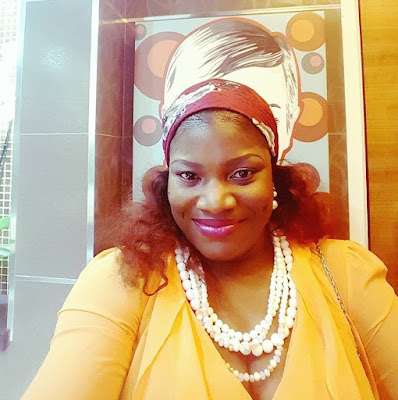 Popular filmmaker and celebrity publicist, Egor Efiok was robbed in Uyo during her visit to the state this week. London based Egor,  the DG of Callywood Studios who was in Akwa Ibom for holidays was attacked on Thursday night by men of the underworld and one of her phones carted away.  Before her holiday was ruined, the CEO of E4PR had had a swell time in Uyo, visiting an arts exhibition program (Usoro Uso) at a popular museum in the state capital. Below is what she posted on Facebook…


I am soooo depressed. One misfortune after the other. I decided to leave Calabar to rest for a week only to come and encounter armed robbers here in Uyo. They shone their torchlight at me through the window and asked me to open the door. I refused and ran. One threatened to blow my head off if I run. I ran anyway and listened in horror as they tried to break the door down for nearly two hours before help finally arrived. Thankfully, they did not succeed in breaking through and I thank God for sparing our lives. In all the confusion, I didn't remember that my handbag and valuables were by the window they were threatening me through. Now I cannot find my very expensive Samsung Galaxy phone which I am still paying monthly for in London. Everything I do is on that phone...my entire social media and all my important info is on it. I don't even know where to start from. I have lost a lot this past month and the depression nearly tipped me over the edge...I was just trying to get myself from the brink of that and now this happened. I am tired. Honest, I am.
Also, a lady named Sheila Ufot who says Egor is her aunt also shared her husband.
Last Night's Frightening Ordeal: God is so good...Last night armed robbers attempted to gain access to our home. We were literally kept hostage for over 2hrs. Frantically calling the police, initially to no avail. Then after 30 minutes of the frightening ordeal, finally got hold of someone n told them to call the police. The whole household had to run into the master bedroom and I rushed to barricade the room with anything I deemed heavy: two chest of drawers, a mini fridge and water dispenser, just to hold them off long enough till the police arrived. Members of the house were threatened with potentially being shot. All I could think about what my son and the safety of all of us in the house (mostly women).
Throughout we prayed and asked for God's divine hand to protect us all. After repeated attempts to enter the front door by bashing it in with a big stone, the door refused to give in. The police then finally arrived and they escaped.
I just thank God that no one was hurt in any way. Unfortunately my auntie Egor Efiok's phone was stolen through the open window, but it could have been far worse. God truly protects his children. #GodProtects #GodIsFaithful #GodLoveMe #PraiseTheLord
Egor however praised Sheila for her bravery: Sheila was our s-hero during last night's robbery. After I fled from the "line of fire" and joined everyone else in the master bedroom, one of the robbers opened the bedroom window and shone his torchlight through it. She dropped her baby and bravely went to the window, slapped the robber's hand back out and shut the window and curtains. Her baby, Jaden, fell off the bed in the whole confusion and started screaming. I picked him up while Sheila bravely barricaded the door with wardrobes and the fridge freezer. She advised all five of us to get ready to push and prevent the robbers from coming into the room if they succeed in breaking down the door. She made us all remain alert whilst we lay flat on the floor as they continued trying to break down the door. It was a terrifying ordeal, but God protected us. Thank you Lord. #LondonChicksRock
Posted by Connoisseur at 05:17