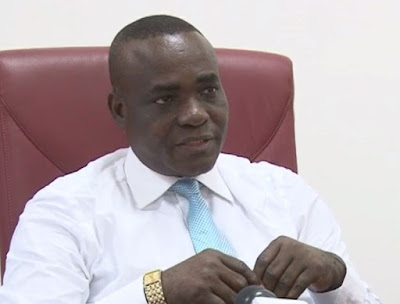 Senior Special Assistant to the President on National Assembly matters (Senate), Senator Ita Enang, has declared the Muhammadu Buhari administration will continue to work with both chambers in order to bring development to Nigerian people.


"We respect the Senate and the House of Representatives and will jealously guard the powers of the Executive," said the former three-term member of the House of Representatives while addressing a special valedictory session to mark two years anniversary of the lower house in Abuja, Friday.
Senator Enang stressed that the executive arm will continue to use "consultations‎, engagement and not confrontation" in relating with the Legislature "because it is one Nigeria."
The presidential aide who had previously served in the House of Representatives as Chairman, Business and Rules. Committee congratulated both houses of. The National Assembly for two years of. Successful legislation.
"The executive arm appreciate s the level of co-operation from the leadership and distinguished members of the assembly and for the delivery of their core legislative mandate."
He wished the lower and upper chambers more fruitful sessions ahead.
At the valedictory session to mark its two-year anniversary, the Senate President Bukola Saraki said the body has passed a total of 96 bills since its inauguration in 2015.
Saraki noted that the Senate had pushed the boundaries of conventional lawmaking.
Posted by Connoisseur at 09:28