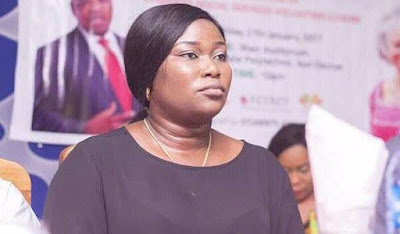 The Student Community in Akwa Ibom State is about to be embroiled in another series of crisis instigated by the Special Assistant to Gov. Udom Emmanuel on Student Matters, Comrade Otobong Aquila Akpan.

It has been disclosed that plans are underway for the constitution of another factional NANS Joint Committee exco by Aquila even as the Akwaowo Clifford led NANS Joint Campus Committee is about to announce a formal transition agenda in line with the timetable set by the NANS Zone B leadership which Akwa Ibom Axis falls under.
Investigations by our reporter reveals that she intends to use the 2017 Distinguished Personality Lecture and Awards planned by one Iberedem Eshiet who parades himself as the NANS Zonal Treasurer as cover up. The said Iberedem Eshiet has already bought into the scheme due to several enticements and threats meted on him by Aquila. The young man has already gone around telling people that he is doing Aquila’s bidding as he is scared of being arrested and tortured by the police again on her orders as she did to him last year. Aquila intends to use the event to announce her new JCC exco.
Information by an indisputable source reveals that a kangaroo meeting of some Union Leaders was held recently in Uyo and chaired on Aquila’s behalf by Mfon Uko popularly called Bruku, a dropout aide to SA, whose mother fainted during convocation after she discovered the son lied about being a Student. In the said meeting, the Union Leaders were given a deadline to send in a communiqué written on their official letterhead document replacing the Akwaowo Ukpong led NANS JCC.
After the meeting, the said Bruku moved to a liquor joint where he bragged openly to everyone after being intoxicated by alcohol that he is through with Akwaowo Ukpong.
We sought to balance the story by reaching out to the SA on Students Matters but she dropped the line immediately we introduced ourselves and required her position on the issue. Text messages sent to her were not replied as at the time we went to press.
When contacted, the SUG President of Akwa Ibom State University, Comrade Ikobong Ekette, distanced himself from the plot and described the masterminds as misguided persons.
“Akwaowo Clifford remains our Coordinator. His tenure runs concurrently with that of the zonal coordinator Comrade Pedro Obi. As far as NANS Senators are concerned, any plan by anyone to oust him is null and void. The misguided persons should stop acting funny, please.”
Also speaking, the SUG President of University of Uyo, Kufre Samuel, declared that he is not aware of any plan to unseat Akwaowo, adding that he can never grant consent to such plan.
Other SUG Presidents declined commenting on the issue saying it does not deserve to be given any attention.
Posted by Connoisseur at 09:22